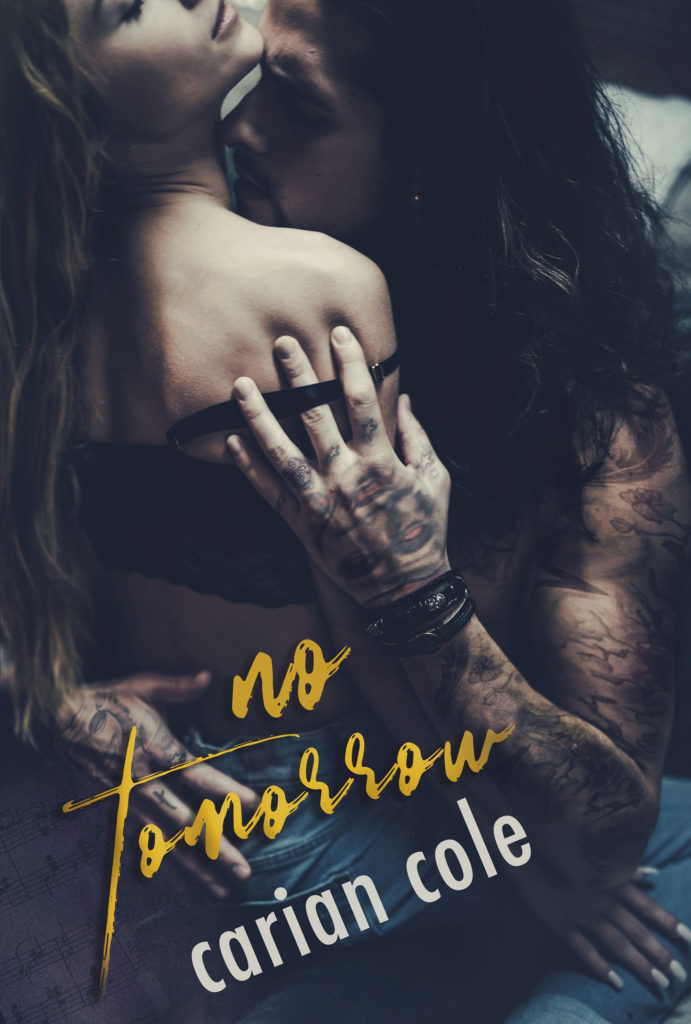 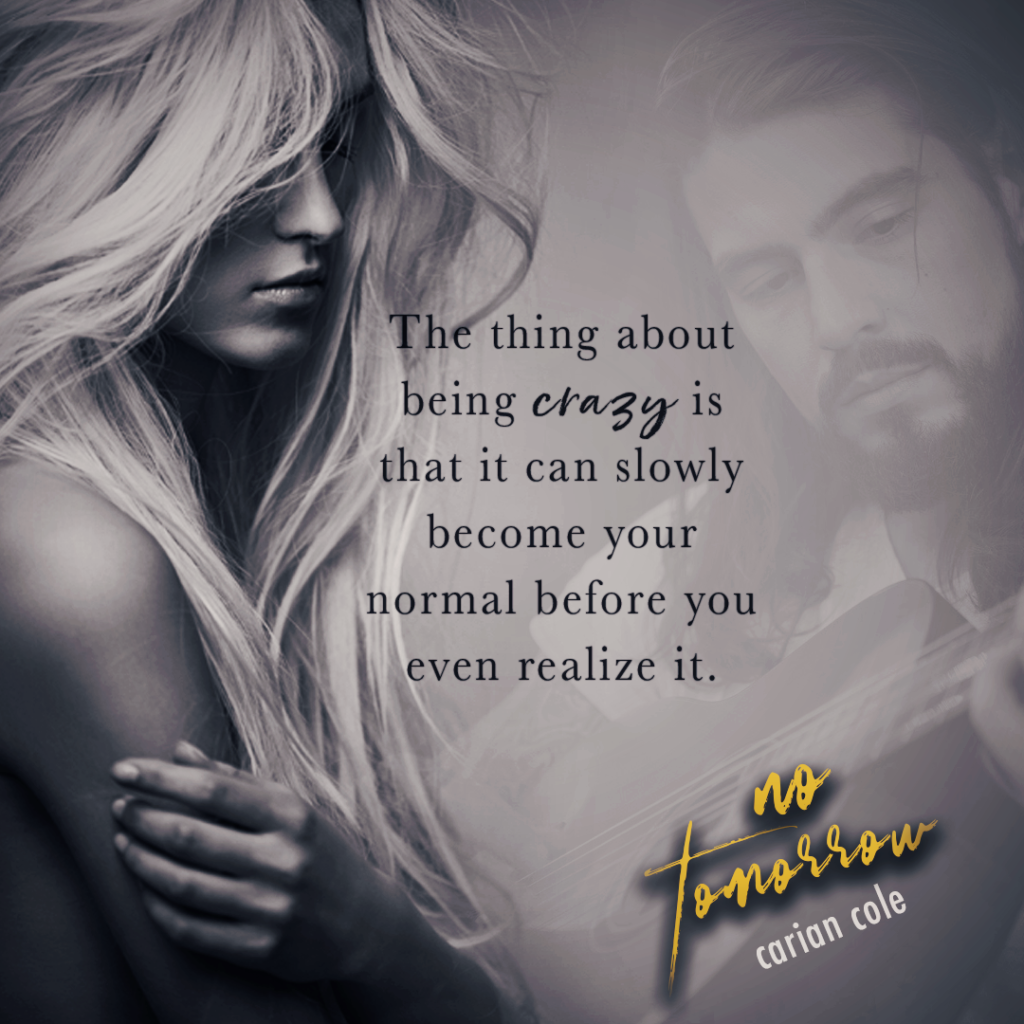 The people we love are thieves.
They steal our hearts. They steal our breath.
They steal our sanity.
And we let them.
Over and over and over again.
*********************************************
They say you never forget your first time.
Mine was with a homeless musician who effed my brains out under a bridge.
He was my first love. And fourteen years later, I still can’t get him out of my head.
He broke all my rules.
He also broke my heart.
I watched him climb to stardom, cheering him on from afar.
But I was never a fan; just a girl in love.
Like a tornado, he spiraled, leaving a path of destruction in his wake.
But love conquers all, right? It has to. Because here I stand, ravaged and ruined, needing it to be true.
You can’t go back, but I want to. Back to the bridge. Back to when he sang only for me. Before he was famous. Before he shattered my heart.
I thought I knew everything about him.
But I could not have been more wrong.
He promised me every tomorrow. And here I am, waiting.
And hoping.
Again.

I loved the premise for this story and it was certainly original. This is a very emotional and very complicated love story that deals with some difficult topics. Our hero, Blue is a non traditional musician who is homeless and lives and plays on the street for money. Piper is a much younger, socially awkward heroine who takes an interest in Blue the first time she sees him playing his guitar in the park. The attraction was not quite insta love but the relationship progresses rather quickly on a sexual and emotional level.

Some people may have a problem with Piper’s naivete, carefree attitude and her complete lack of concern for her own safety especially being in compromising positions with a complete stranger. However, I loved her for not judging him because of his circumstances and for just focusing on the man that she felt a connection with. Their love was passionate and at times wild and out of control! There was a lot of sex in this book and honestly I thought too much. It just started to feel repetitive.

I won’t give spoilers but this couple is separated by time and distance and eventually get a second chance at love. So much angst, so much frustration and so much pain! I did feel it all and typically I love these type of stories but in this case, I honestly just felt this book did not have to be this long. There was definitely a pattern that the author was trying to establish with the relationship dynamics of this couple and it sort of became monotonous at some points and I found myself bored.

The last thing I will say is that I found this book very well written and there was so much depth and complexity to these charcaters and the difficult topics adressed in this book were handled very well by the author. Having said all that, this book is a debbie downer. Maybe it was just the mood I was in but it was just too much sadness and depression. Not like someone died kind of sad, just that this couple never really got to be happy till like right at the end and I felt kind of “robbed” after reading such a long book. If you’re looking for a super emotional, angsty book then this book may be for you and you may appreciate it more than I did. 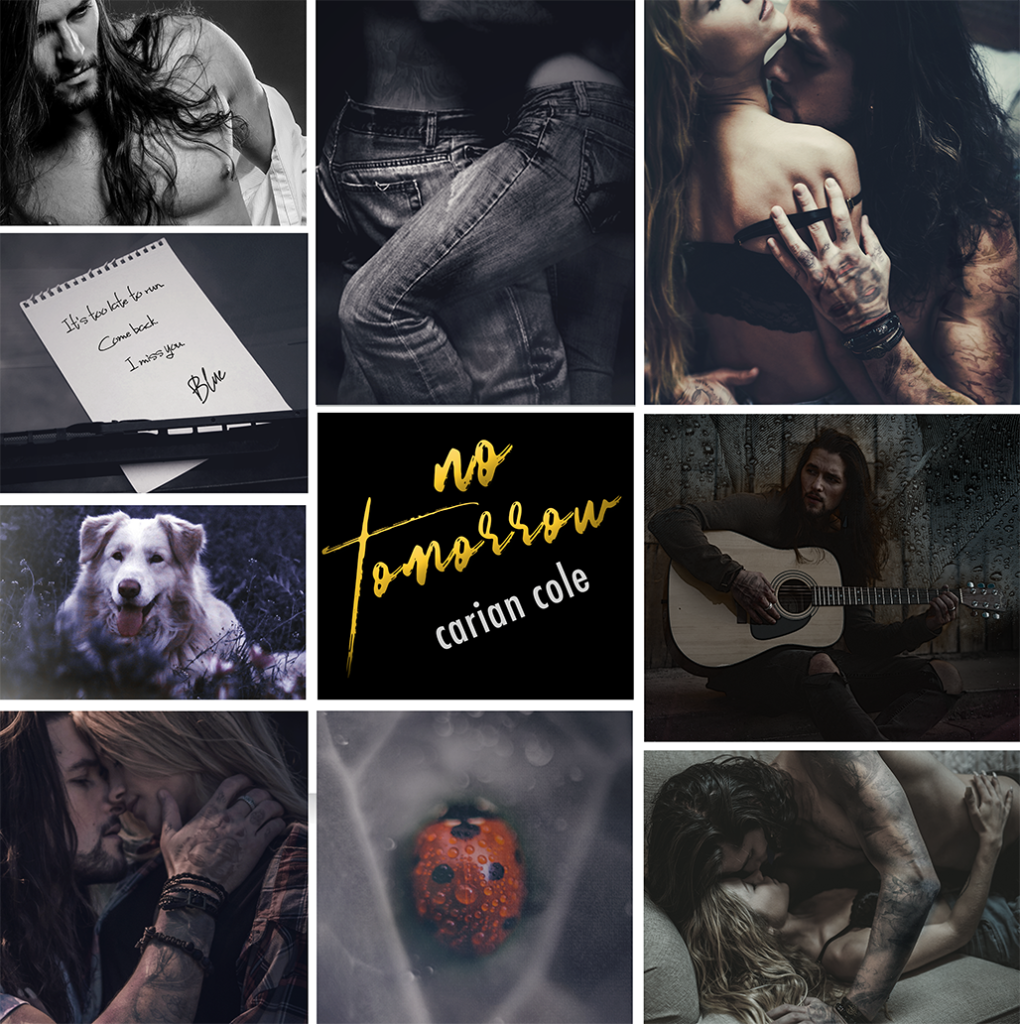 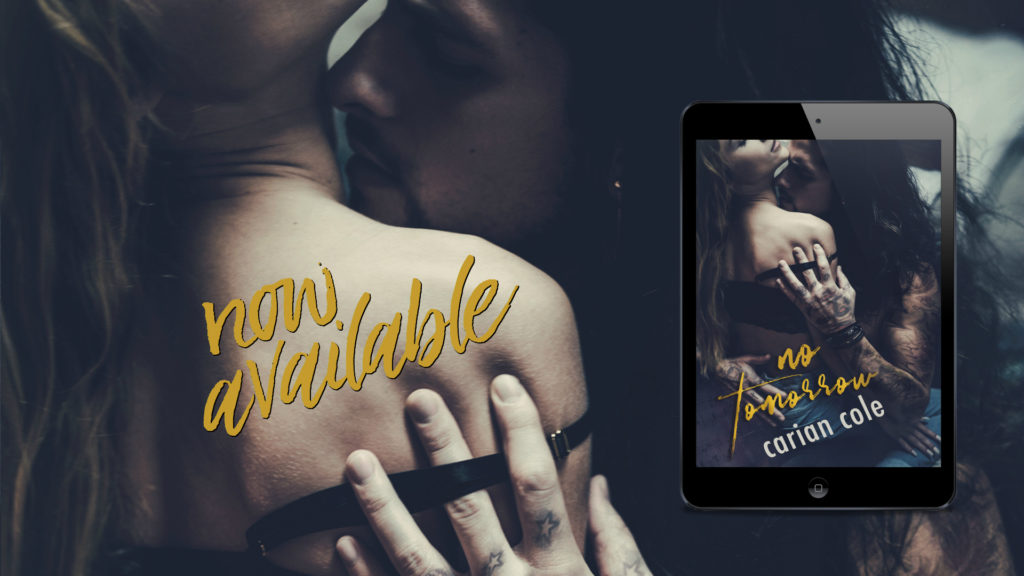 About the Author:
I have a passion for the bad boys, those covered in tattoos, sexy smirks, ripped jeans, fast cars, motorcycles and of course, the sweet girls that try to tame them and win their hearts.
My first novel in the best-selling Ashes & Embers series, Storm, published in September of 2014. I have many books and sequels slated for this series. My new spin-off series, Devils Wolves, launched in 2016 with the best-selling novel, Torn. There are several books planned for this series as well.
Born and raised a Jersey girl, I now reside in beautiful New Hampshire with my husband and our multitude of furry pets and spend most of my time writing, reading, and vacuuming.