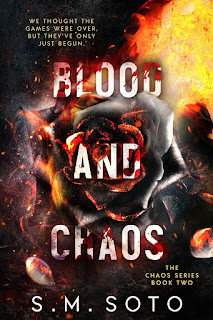 He pulled the strings.

Now the death toll is rising, what could this mean?

It was all a game.

Death is just an illusion, or so they say.

She was just a pawn on a piece of his demented board. But there’s only one question left to settle the score…Can dead people really stay dead? 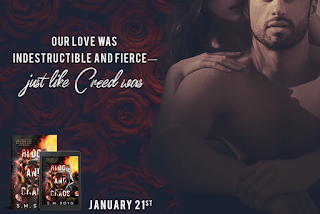 Wow! I’m not sure where to start because I felt like so much happened in this book. This was a highly anticipated read after the first book in the series and it did not disappoint!

I fell even more in love with Creed in this book. We get so much more of his past revealed to fully understand the man he is today. I cringed several times during Creed’s jobs he gets tasked with for the Outfit. This book is not for the faint of heart. The author paints quite the visual and there is no fading to dark during these horrific torture/killing scenes.This book brings to light the reality of Creed’s life, his lack of choices and his duty to “la famiglia”. This dark alpha of the underworld however is the same loving and adoring man who risks his life to save his woman. Gah! I loved his possessive and over-protective attitude towards Sophia. I’m a sucker for these type of men evry time!

This book is full of action and suspense. Poor Sophia! Lol! Every time I think she’s safe, she gets into trouble again. It’s really not funny but it was darn entertaining! I think I lost count how many times she cried in this book but I can’t exactly blame her. To say she went through a lot is an understatement.

There are several plot twists that keep the intrigue going throughout the story. I felt like we didn’t get a breather which I loved! This plot was obviously well thought out because there was so much chaos as the title implies but the story always made sense and there were no holes or inconsistencies. I felt like there were a few scenes that were unnecessarily long and could have been edited but that was a very minor issue for me.

Dark romance mafia lovers will love this sexy, gritty, suspenseful read that gives you an alpha male sure to make your heart swoon and a fully entertaing book that will have you on the edge of your seat. And yes there is HUGE cliffhanger! 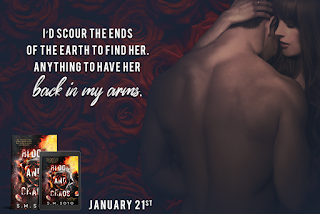 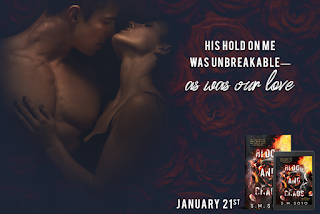 DECEPTION AND CHAOS (CHAOS Series, #2) must be read first
Read My Review

Goodreads
Genre: Romantic Suspense/Erotica (Contains themes of Dark Romance)
Title: Deception and Chaos (Chaos Series, #1)
iBooks | Kobo |Barnes and Noble | Amazon
BLURB
Sophia Cova lived a quiet, normal life, shadowed in sadness after the loss of her parents in a tragic airline accident. With her older brother being her only living relative and her anchor, Sophia is sure she’s destined for a brighter future. But that was until she was taken.
Stolen from her mundane, orderly life, she was drugged, and woke to every woman’s worst nightmare.
With only four grimy basement walls and a rancid mattress, she loses her sense of time, and preserves what’s left of her dignity by hurtling herself into the safety of her mind. The men, the beatings, they come and go with no reaction, until she hears one word that sends an arctic chill through her body. Sold.
On the eve of Sophia’s bidding, at one of the largest sexual slavery rings in the world, all hell breaks loose in the mansion of horrors. Gunfire and screams erupt all around her, as panic rises.
Snatched by one monster only to be taken by another, Sophia slowly starts to learn that not everything is as it seems. When secrets unravel, and the twisted game of cat and mouse ensues, The Puppeteer pulls his favorite strings and chaos brews.
Lives are lost while the clock ticks, and only time will tell who will be killed next…
WARNING: This book contains very disturbing situations, dubious content, strong language, and graphic violence. May contain triggers for abuse victims.
About the Author: 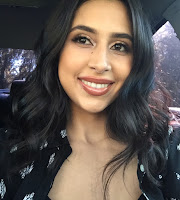 S.M. Soto was born and raised in Northern California where she currently resides with her son. Her love for reading began when she was a young girl, and has only continued to grow into adulthood. S.M. lives for reading books in the romance genre and writing novels with relatable characters. She refers to herself as a bit of a romance junkie. S.M. loves to connect with readers and eat copious of donuts that will surely lead to her demise.